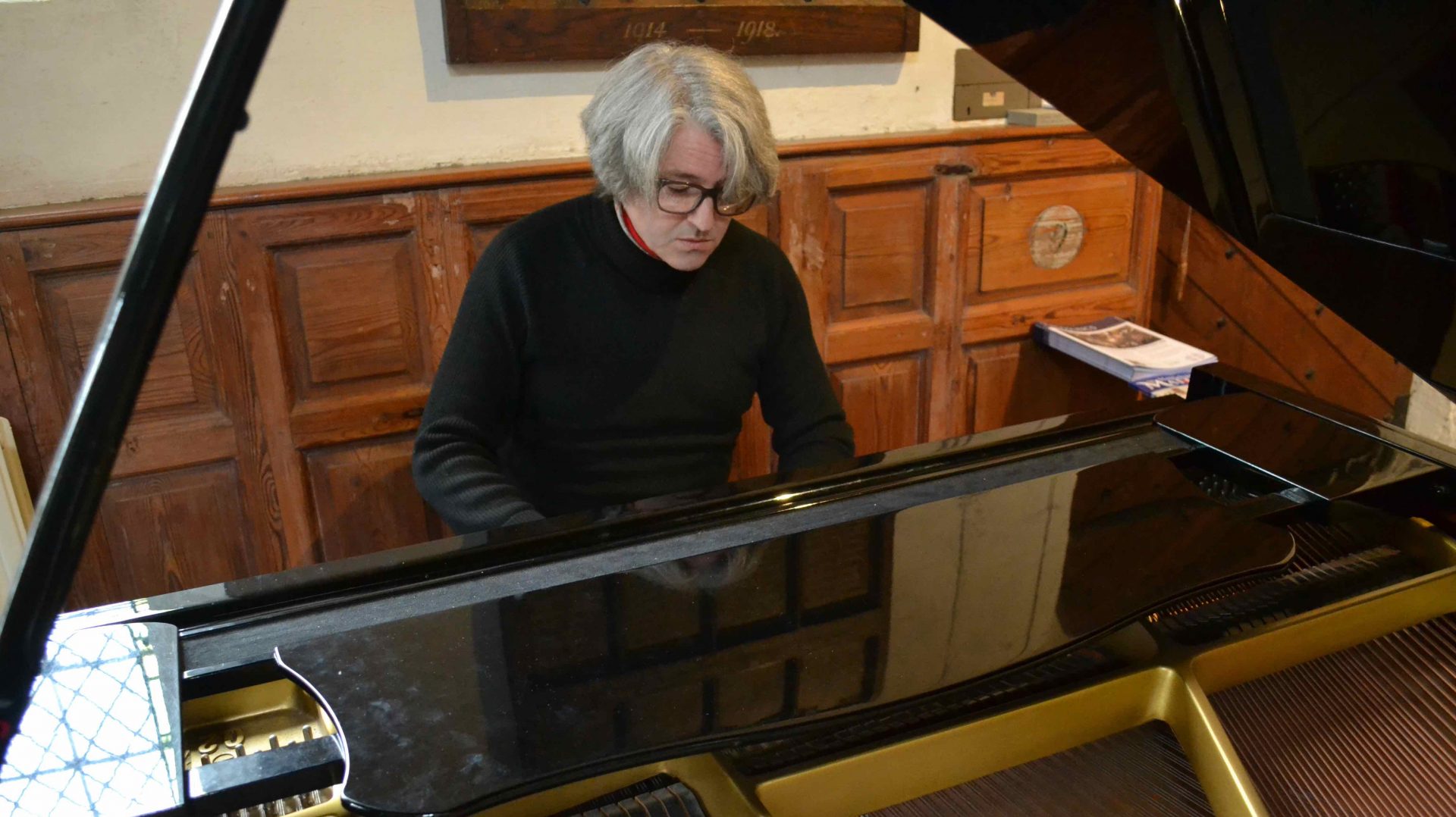 The best thing about ‘Electroacoustic Improvisations’ is when the horns sound like the world is ending. It’s monumental. Everything around them gets droned out by these gargantuan blasts. Then as soon as it’s started it’s over. The sounds that were previously eclipsed reappear and Stirfry carry on their merry way. But what did we expect from Stirfry?
Consisting of Colin Brady on percussion, Dave Pullin on soprano and sopranino saxophones and Simon Vincent on piano, synthesizer and live electronics, this trio was active between 1993 and 1996 before moving on to other projects, but these recordings feel like they could have been recorded anytime in the past 50-years. They are playful, delicate, angry and, most importantly, breath-taking. There is a freeness to the songs that are seldom heard, and even less frequently recorded. The album was either lost or forgotten, for 25-years until Vision of Sound Records decided now was the time for it to be heard. And for that, we should be grateful.
The interplay on ‘VI’ is glorious. None of the players oversteps their mark, but they deliver forthright performances. Pullin’s horns have a melancholy tone to them, but there is also a seething rage. Vincent’s synth work has a 70s BBC sci-fi quality to it, taking you to other worlds, but Brady’s percussion is devastating. You never quite know what he’s hitting. At times, it sounds like the side of a washing machine being dragged. Others it’s the tinkering of milk bottles, and then there’s that gong. Oh yeah, that gong. Combined, it all goes to create a disjointed soundscape, or is that soundscrape, that you can get lost in. Sometimes you are frantically looking for a way out and others you are happy to be lost, but it always envelops you. Protecting you from the outside world.
At its heart, ‘Electroacoustic Improvisations’ is a fun album that showcases the talents of three musicians. But really it’s about trust. Brady, Pullin and Vincent trusted each other completely to allow themselves to go off wherever they needed to on each track. So, give in. Trust Stirfry and get lost in a wonderful album that is finally getting the praise it deserves. (NR)
Vital Weekly Issue #1294